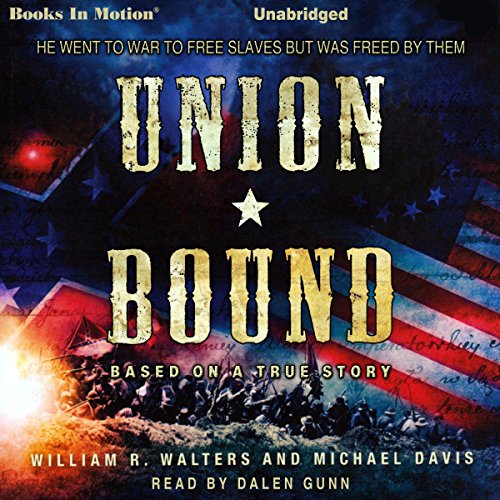 A companion audiobook to the provocative award-winning Civil War film of the same name, Union Bound is a powerful story of one man who understood what slavery is all about and who risked everything to do the right thing - to save his country, to free slaves. It is a story of compassion, resolve, and unity against a common evil. It is a story of our past to encourage us to be resolute today.

Based on the actual diaries of Union soldier Joseph Hoover, Union Bound is the story of how Sergeant Hoover came to join the Union army only to be captured during the Battle of the Wilderness and taken to the dreaded Andersonville prison in Georgia, where he was held four long months before being transferred to the Florence Stockade in South Carolina. Shortly after arriving to the Florence, Joseph escaped, and the very slaves he had fought to free helped him travel the Underground Railroad back to his company in the North. In this amazing true story, you will find honor, integrity, love of country, and the belief that all men are indeed equal.