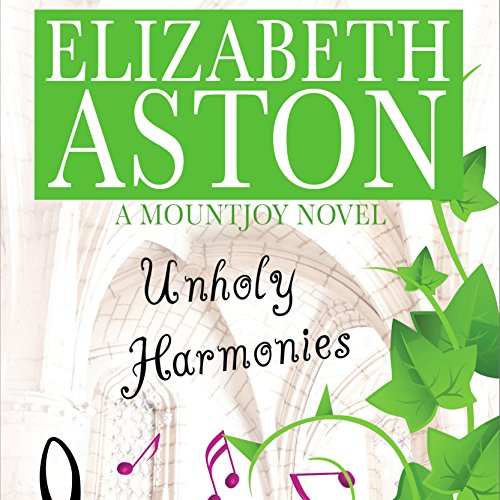 A story about the wild and forceful Mountjoys, whose family have lived at Mountjoy Castle for centuries. Unholy Harmonies: What if... Dionysus appeared in an English village? Justinia Fitz Odo: musician, dreamer, and would-be-dutiful wife. A wild and wicked autumn wind howls off the Eyotshire fells, bringing a mysterious stranger to the ancient town of Unthrang where she lives; a stranger who intervenes in the lives of the inhabitants in the most unpredictable and shocking ways. Meanwhile in nearby Eyot, unholy machinations in the dignified precincts of the cathedral threaten to destroy centuries of musical tradition. Caught up in these intrigues, will Justinia heed the voice whispering in her ear, have the courage to stand up to her scheming husband - and set out on a new life? A stylish comedy of marriage and love, rich in irreverent wit and infused with music and magic. Escape into another world and delight in the lives of a host of fascinating characters. This is the England of Wodehouse and Downton Abbey, where wickedness and scandal lurk beneath the superb self-confidence of the upper classes.

Best-seller Elizabeth Aston's six Mountjoy books were originally written under the name Elizabeth Pewsey and published by Sceptre, an imprint of Hodder Headline.