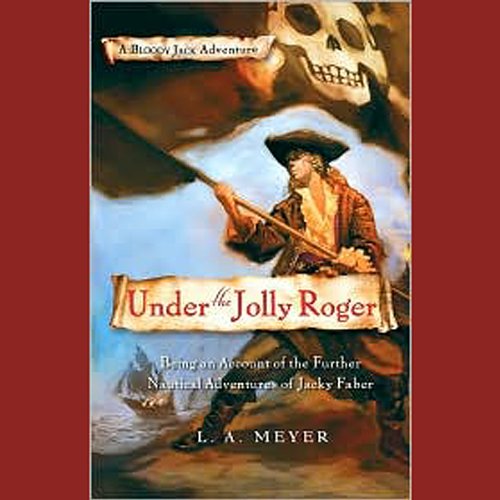 Under the Jolly Roger

Under the Jolly Roger

In the third book of the "Bloody Jack" series, unlikely heroine Jacky Faber, a pirate at heart, returns to the sea in a truly swashbuckling tale filled with good humour, wit, and courage.

After leaving the Lawson Peabody School for Young Girls in Boston - under dire circumstances, of course - Jacky boards a whaling ship bound for London, where she hopes to find her beloved Jaimy.

But things don't go as planned, and she is off on a wild misadventure at sea. She thwarts the lecherous advances of a crazy captain, rallies the sailors to her side, and ultimately gains command of a ship in His Majesty's Royal Navy. But Jacky's adventures don't end there....

Soon she is being called a pirate, and there's a price on her head!