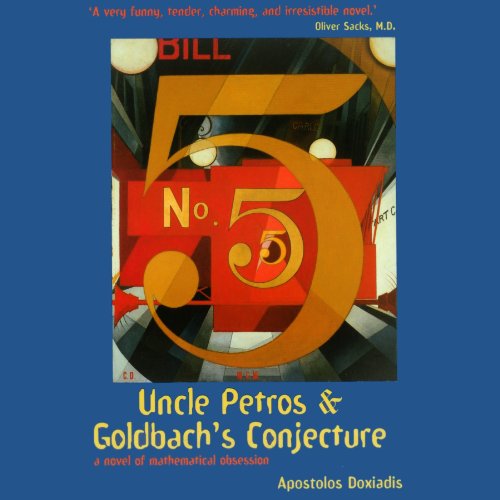 In the tradition of Fermat's Last Theorem and Einstein's Dreams, a novel about mathematical obsession.

Petros Papachristos devotes the early part of his life to trying to prove one of the greatest mathematical challenges of all time: Goldbach's Conjecture, the deceptively simple claim that every even number greater than two is the sum of two primes. Against a tableau of famous historical figures-among them G. H. Hardy, the self-taught Indian genius Srinivasa Ramanujan, and a young Kurt Godel-Petros works furiously to prove the notoriously difficult conjecture. Decades later, his ambitious young nephew drives the defeated mathematician back into the hunt to prove Goldbach's Conjecture...but at the cost of the old man's sanity, and perhaps even his life.