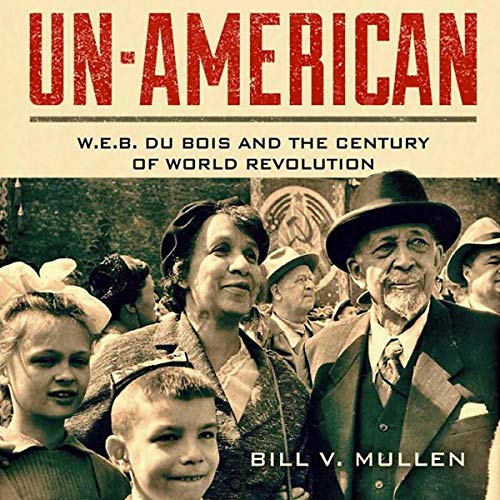 Un-American: W.E.B. Du Bois and the Century of World Revolution

Un-American: W.E.B. Du Bois and the Century of World Revolution

Un-American is Bill Mullen’s revisionist account of renowned author and activist W.E.B. Du Bois’ political thought toward the end of his life, a period largely dismissed and neglected by scholars. He describes Du Bois’ support for what the Communist International called “world revolution” as the primary objective of this aged radical’s activism.

Du Bois was a champion of the world’s laboring millions and critic of the Cold War, a man dedicated to animating global political revolution. Mullen argues that Du Bois believed that the Cold War stalemate could create the conditions in which the world powers could achieve not only peace but workers’ democracy.

Un-American reveals Du Bois to be deeply engaged in international networks and personal relationships with revolutionaries in India, China, and Africa. Mullen explores how thinkers like Karl Marx, Jawaharlal Nehru, Mohandas Gandhi, and C.L.R. James helped him develop a theory of world revolution at a stage in his life when most commentators regard him as marginalized. This original political biography also challenges assessments of Du Bois as an American “race man”.