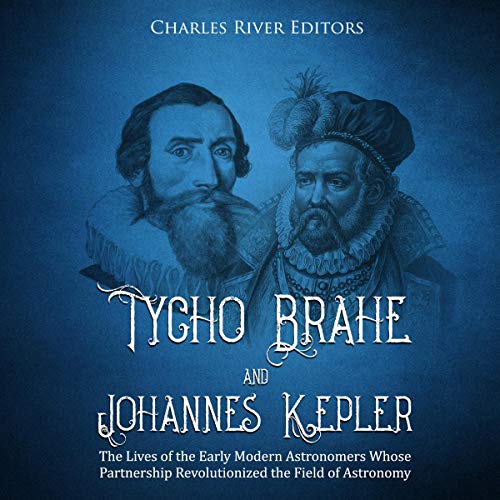 Tycho Brahe and Johannes Kepler: The Lives of the Early Modern Astronomers Whose Partnership Revolutionized the Field of Astronomy

“That the machine of Heaven is not a hard and impervious body full of various real spheres, as up to now has been believed by most people. It will be proved that it extends everywhere, most fluid and simple, and nowhere presents obstacles as was formerly held, the circuits of the Planets being wholly free and without the labour and whirling round of any real spheres at all, being divinely governed under a given law.” - Tycho Brahe

A mystical dwarf jester gifted with the second sight. A pet elk with an incurable addiction to booze. A kidnapping in broad daylight. A daunting dictator who dines with kings and princes in his miniature kingdom. These may seem like characters and elements lifted straight out of a medieval fantasy novel, but they are just a few of the bizarre, fascinating episodes that make up Tycho Brahe's strange life. Of all the stories, Brahe’s death may be the strangest of all, and it has led to the exhumation of his corpse on multiple occasions, in one case more than 400 years after he died.

Trying to define a man who had the qualities of a mathematician, astronomer, philosopher, inventor, and astrologer can prove difficult. But all of that can be ascribed to Johannes Kepler, one of the giants of his era who ushered in the Scientific Revolution and is often considered the first modern scientist. Kepler stood at a moment in time when the intellectual worldview of most in northern Europe was medieval in nature, influenced mostly by spirituality, mysticism, religion, and metaphysics. Kepler, however, was far-thinking in his outlook, taking advantages of the latest technological ideas from the Renaissance and the new translations of Greco-Roman philosophers from out of the Spanish kingdoms and the former-Byzantine Empire. Kepler himself struggled with the seemingly incongruous division between metaphysics and empiricism. By practicing empiricism and coming up with his famous laws of planetary motion, he was forced to defend his positions against a number of important ideas in western philosophy and the contemporary understanding of nature and the cosmos. All the while, Kepler was never able to escape the medieval mind he possessed, and he looked for God in the designs of the cosmos, thus attempting to wed the supernatural to the physical.

Ironically, Kepler never produced results that confirmed his worldview of the cosmos - he never found the divine design of nature - but he did produce ideas that led to the view of today's universe. As such, Kepler’s work came to form the backbone of modern astronomy.