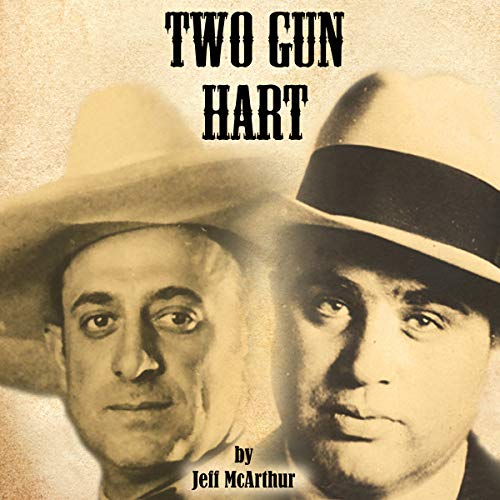 Born in Italy and raised in Brooklyn, Vincenzo Capone left home when he was a teenager. He traveled with a Wild-West show and fought in Europe during the Great War where he earned a medal for sharp-shooting. Upon his return, he settled in Nebraska where he went by the name Richard Hart. He married, had children, and worked closely with the local Indian communities. He dressed like the type of cowboy he had seen in silent movies, rode a horse, and wielded two six-shooters at his side, which earned him the name “Two Gun” Hart.

When the Volstead Act made alcohol production illegal, Richard joined the ranks of law enforcement and became one of the most successful Prohibition officers in the country. He chased down criminals, busted alcohol stills, and protected the Indian reservations he served, all under an assumed name.

But his past caught up with him when his younger brother, Al Capone, became one of the most infamous criminals in the country. They were two siblings on opposite sides of the law, both ambitious and skillful, and both of the same family.