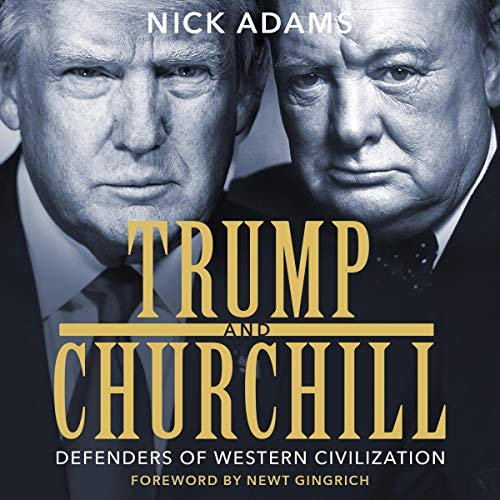 Trump and Churchill both fought valiantly to protect Western Civilization, and while fighting different forms of tyranny, Trump could very well be to the 21st century what Churchill was to the 20th. What do Winston Churchill - the eloquent, eternally quotable wordsmith, pudgy politician of 50 years, wealthy aristocrat, war-time Prime Minister of England - and Donald Trump, the 6'4", brash, Twitter happy, political neophyte, billionaire entrepreneur - have in common?

In his new book, complete with never-before-told anecdotes, best-selling author Nick Adams explores how both leaders, with seemingly nothing in common, turned their day's prevailing politics on its head. In doing so, they both endured shockingly similar battles instigated by the political establishment seeking their destruction. Trump and Churchill's unorthodox approach to both domestic and international relations has rescued Western Civilization from the brink.