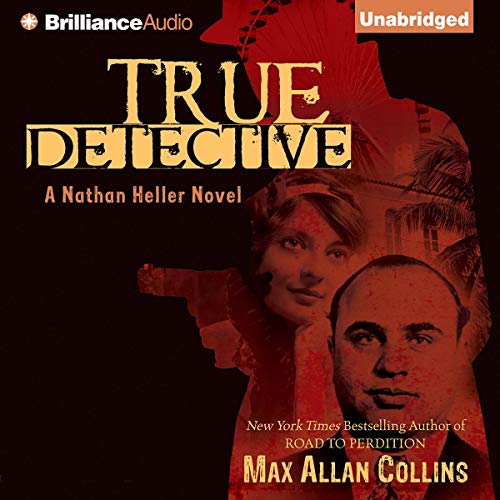 In the mob-choked Chicago of 1932, private detective Nathan Heller may be willing to risk his life to earn a Depression dollar, but he never sacrifices his sardonic wit. Now, author Max Allan Collins (Road to Perdition) reissues the contemporary classic that introduces the wise-cracking Nathan Heller in all his guts and glory.

When Mayor Cermak’s “Hoodlum Squad” brings Heller along on a raid with no instructions but to keep his mouth shut and his gun handy, he becomes an unwitting, unwilling part of a hit on Al Capone’s successor, Frank Nitti. As a result, Heller quits the force to become a private eye. His first job: head off a nation-shaking political assassination in Miami Beach. With the Chicago World’s Fair as a backdrop, Heller encounters a ragtag array of crooks and clients, including Al Capone, George Raft, “Dutch” Reagan, and FDR himself.

Rich in riveting plot turns, including a heartbreaking romance, True Detective is one of the most highly entertaining and unlikely coming-of-age stories ever written. That’s why mystery fans and critics alike rank this historical thriller at the top of their lists - and why the book swept up a Shamus Award for the best novel from the Private Eye Writers of America.