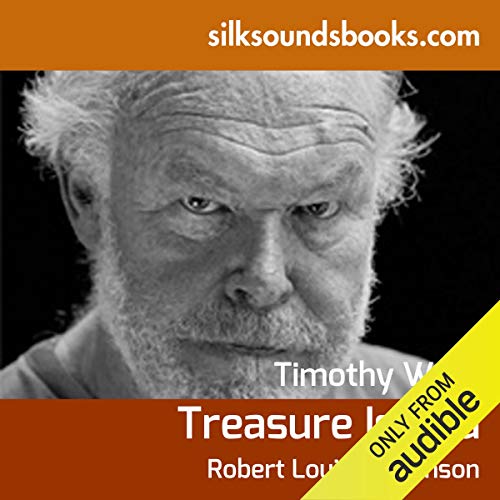 First conceived during a rainy summer holiday in the Highlands of Scotland in an attempt to amuse his stepson, Treasure Island began with the map. Young Lloyd Osbourne had drawn a crude version of an island, and Stevenson, looking over the boy's shoulder, began to elaborate, christening various curves and smudges the famed names of Skeleton Island and Spyglass Hill and finally adding the three red crosses marking the buried treasure.

From this gentlest of beginnings has come one of the fiercest and best-loved novels of piracy and fortune in the history of literature. It is Lloyd's lasting legacy that he insisted there be no girls in the story!

It tells the story of Jim Hawkins, who, having acquired a map to the vast treasure of the fabled Captain Flint, sets out with a sponsor, Squire Trelawney, who has been tricked into crewing up his ship with the remaining members of the notorious Flint's band of pirates.

Mutiny, maroonings and treasure follow, with the wonderful character of Long John Silver, not only providing a truly sophisticated analysis of the fact that morality is never simple but also forever fixing peg legs and parrots as the only uniform of the true bucaneer.

Initially sold to a boys' magazine called Young Folks, Treasure Island began Robert Louis Stevenson's phenomenal success as a novelist. The British Prime Minister W. E. Gladstone was reputed to have read until two in the morning in order to finish it. It has a similar grasp today, and we are firmly convinced that Tim West's Silver will be heard growling and chuckling long into the night.