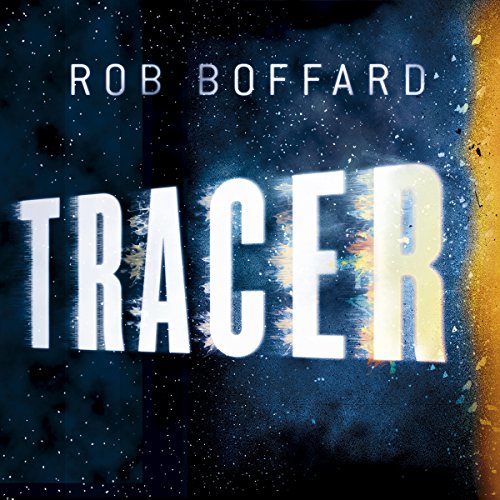 Imagine The Bourne Identity meets Gravity, and you'll get Tracer, the most exciting thriller set in space you'll ever hear.

A huge space station orbits the Earth, holding the last of humanity. It's broken, rusted, falling apart. We've wrecked our planet, and now we have to live with the consequences: a new home that's dirty, overcrowded and inescapable.

What's more, there's a madman hiding on the station. He's about to unleash chaos. And when he does, there'll be nowhere left to run. In space, every second counts. Who said nobody can hear you scream?

"Fast, exhilarating and unforgettable, and once you start it you can't stop" (Sarah Lotz, author of The Three)
"A stunning debut that never lets up, from the nerve-jangling beginning to the explosive end." (James Douglas, author of The Doomsday Machine)
" Tracer sets a new standard for all-action SF." (Ken MacLeod)