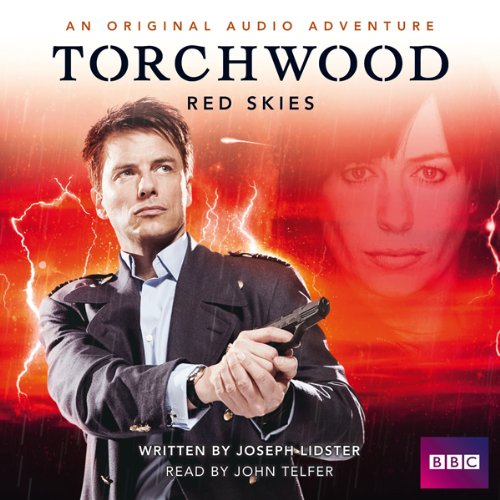 John Telfer reads this exclusive audio adventure, set after the conclusion of Miracle Day, featuring Captain Jack Harkness. Jack Harness is in need of a holiday. He wants to get away from Torchwood, away from the human race - and where better to get completely away from it all than Cotter Paluni's World, a planet surrounded by deadly scarlet lightning and cut off from the entire universe?

But there are some shocks in store for Jack: The "Devil's World" might be completely isolated and inaccessible, but its inhabitants worship Torchwood. And before he can find out why, or how this is even possible, he finds himself arrested for murder. It looks as if someone on the planet knows who Jack is - and they're out to get him.... Written specially for AudioGO by Joseph Lidster.