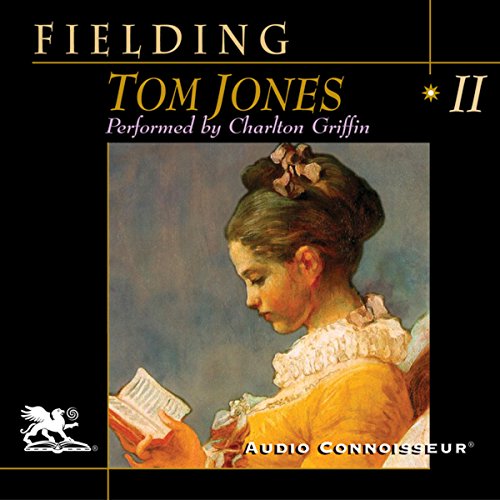 One of the marvelous aspects of Tom Jones is the mock-heroic language Fielding employs in his funniest scenes. Assuming the hauteur of an ancient Greek or Roman epic poet, Fielding unleashes some of the most hilarious and satirical prose imaginable, skewering in the process the pretensions of lesser rivals while shredding the moral ambiguities of the mid-18th century. Never before was an author so well equipped to puncture the fashions and foibles of his day as was Fielding.

Volume 2 continues our story by picking up with the flight of Sophia from her father, Squire Western, and continues the journey of Tom as he ponders his future on the road to London. In a series of tightly constructed plot twists and turns, Tom and Sophia end up at the same inn, unbeknownst to one another. Meanwhile, a plethora of new characters are introduced, some of whom will remain till the end of the story, with others dropping away as Tom and Sophia continue on their way to London. They are among the most memorable in the book. In this part of the novel, the setting remains either on the road or at a number of inns as our hero continues on his way.

In his matchless style, Fielding describes some of the most outrageously funny episodes in English literature.

"Fielding is generally agreed to be an innovating master of the highest originality....He devised what he described as 'comic epics in prose', which are in effect the first modern novels in English....[Tom Jones] is generally regarded as Fielding's greatest." (The Concise Oxford Companion to English Literature)