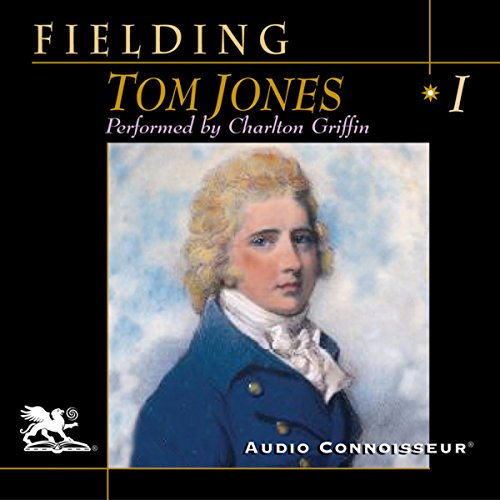 Tom Jones is a splendid Hogarthian panorama of 18th-century English life and morals, encompassing both city and country, and comprising some of the greatest comic characters in British literature. First published in 1749, it was an instant success and has gone on to become a classic of its genre. Quite simply, there has never been anything like it.

This long, riotously hilarious novel begins in the country at the estate of Squire Allworthy. In a long, leisurely unwinding, we are introduced to all the characters and discover all the main plot elements. Tom has been adopted by the squire after being mysteriously discovered there as an infant. When he grows up, he falls in love with the beautiful Sophia Western from a neighboring estate.

After the initial introductory sections, the novel begins to unwind furiously as our hero, Tom Jones, finds himself embroiled in one moral dilemma after another. Mr. Allworthy's nephew, Blifil, conspires to turn the good squire against him, and Tom is disinherited and kicked out.

Meanwhile, Sophia's boorish father tries to force her to marry the priggish Blifil. She runs away at about the same time that Tom leaves home, and the rest of the novel essentially follows the adventures of Sophia and Tom as their stories join, separate, and intertwine repeatedly. The novel ends in London, where all the loose ends are tidied up and all the secrets are finally revealed. Tom Jones is essentially divided into three parts, with the first being set in the countryside, the second in various inns on the road to London, and the third entirely in London.

Tom Jones continues in Volume 2 and concludes with Volume 3.

"Fielding is generally agreed to be an innovating master of the highest originality....He devised what he described as 'comic epics in prose', which are in effect the first modern novels in English....[Tom Jones] is generally regarded as Fielding's greatest." (The Concise Oxford Companion to English Literature)