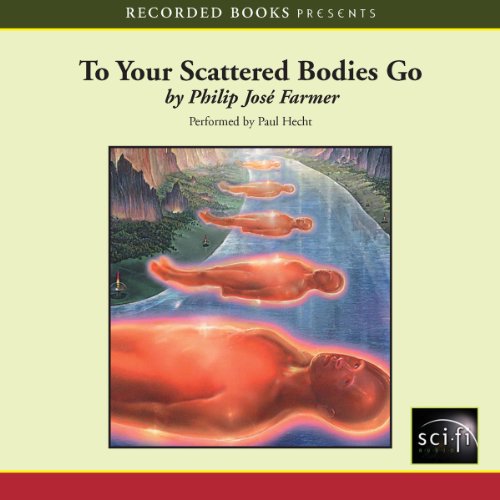 Original and provocative, To Your Scattered Bodies Go won the 1971 Hugo Award for outstanding science fiction novel and has continued to be a favorite of generations of new listeners.

For explorer Richard Francis Burton, Alice Liddell Hargreaves - the inspiration for Alice in Wonderland - and the rest of humanity, death is nothing like they expected. Instead of heaven, hell, or even the black void of nothingness, all of the 36 billion people who ever lived on Earth are simultaneously resurrected on a world that has been transformed into a giant river valley.

With hunger and disease eliminated, Burton and the others appear to have everything they need - except an answer to the question "Why?"

Both swashbuckling adventure and insightful examination into mankind's constant search for answers to the unanswerable, To Your Scattered Bodies Go is voiced by narrator Paul Hecht to emphasize every thrilling moment of discovery.

"One of the most imaginative worlds in science fiction." ( Booklist)