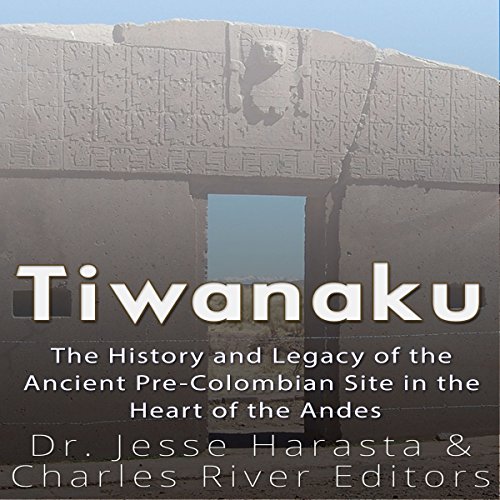 Tiwanaku: The History and Legacy of the Ancient Pre-Colombian Site in the Heart of the Andes

Tiwanaku: The History and Legacy of the Ancient Pre-Colombian Site in the Heart of the Andes

"Tiahuanaco is not a very large village, but it is celebrated for the great edifices near it, which are certainly things worth seeing. Near the buildings, there is a hill made by the hands of men on great foundations of stone. Beyond this hill, there are two stone idols of the human shape and figure, the features very skillfully carved, so that they appear to have been done by the hand of some great master. They are so large that they seem like small giants, and it is clear that they have on a sort of clothing different from those now worn by the natives of these parts." - Cieza de Léon, 1883

Few ancient ruins capture the imagination like the mighty holy site of Tiwanaku, located on the high Andean altiplano plateau outside of La Paz, Bolivia. Unlike some ancient sites, such as Machu Picchu in neighboring Peru or Chichen Itzá in Mexico, Tiwanaku has never been "lost"; on the contrary, it has been marveled over for centuries by Incan nobles, Spanish Conquistadores, modern backpackers, and UFO fanatics alike. Despite this history of amazement, Tiwanaku has remained something of an enigma until recently, but it appears that this would have probably been pleasing to its creators. It was created to be a mysterious, sacred, and beautiful place, one with many secrets and a public face characterized by PT Barnum-like showmanship.

Skillful modern archaeology has allowed people to look behind the facade and see, for the first time in many, many centuries, some of the secrets behind it. The story is fascinating, complex, and thoroughly human. The modern visitor arriving to Tiahuanaco finds him or herself in, as Cieza de Léon noted almost 130 years ago, a not very notable, dusty, chilly settlement south of Lake Titicaca.