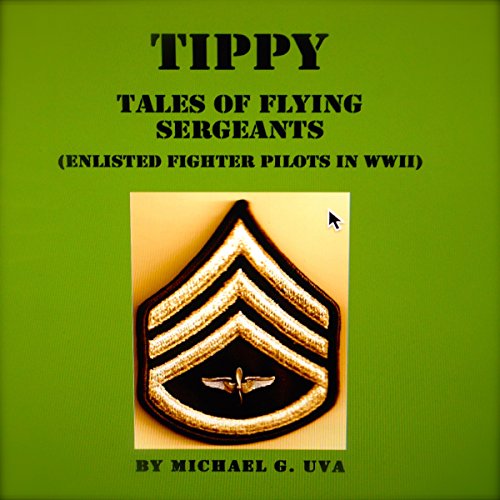 How does a backwoods, lowly, enlisted mechanic become a - P-51 - ace fighter pilot?

Based on the story of an enlisted marine who flew a P-51 aircraft during WWII. (Normally, only Commissioned Officers were pilots.) These "enlisted" pilots fought like hellions in air battles in the European and South Pacific theaters against greater trained enemy pilots and superior aircraft. They showed tenacity, guts, and heart in a belief they could stem the tide of tyranny. They crammed their bodies into tiny aircraft, and then hurled themselves across the skies, to protect America!

I wrote Tippy as a tribute to a Master Gunnery Sergeant Tippy that I had the pleasure and honor to have served with while I was enlisted in the Marines. I flew a few times as his crew chief.

Only Officers were supposed to be pilots. But despite discrimination, over 2,575 enlisted men are officially, "In the books!" as Pilots. These men flew under the banner of "Sergeant Pilots". Chuck Yeager, Carroll Shelby, and Walter Beech all started out as enlisted men.

These heroes are now lovingly referred to as, "Flying Peons".