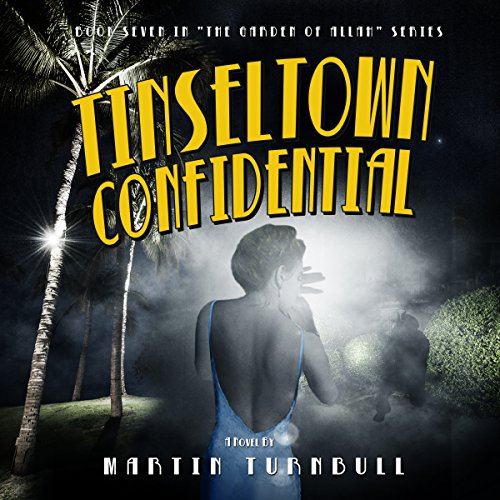 As America embraces the 1950s, that brash upstart called television is poaching Hollywood's turf, inch by inch. If the studios don't do something drastic, they may lose the battle.

When screenwriter Marcus Adler fell afoul of the blacklist, Europe offered sanctuary. Hollywood lures him back, but the specter of Joseph McCarthy forces Marcus to fight for a final chance to clear his name.

A charismatic figure rises to intimidate the entire film industry, and Hollywood Reporter Kathryn Massey realizes that she knows a secret that just might topple this self-appointed savior. If Kathryn fails, will her neck land on the chopping block instead?

A new kiss-and-tell magazine splashes onto the scene - but it isn't playing by the rules. Gwendolyn Brick figures she doesn't need to worry about a scandal rag until she spots someone lurking around the Garden of Allah during Marilyn Monroe's birthday party. Suddenly, Confidential threatens to expose everything.

Tinseltown Confidential is the seventh installment in the Hollywood's Garden of Allah saga. If you like richly woven details, the Golden Age of Hollywood, and characters who come to life, then you'll love Martin Turnbull's captivating historical fiction series.