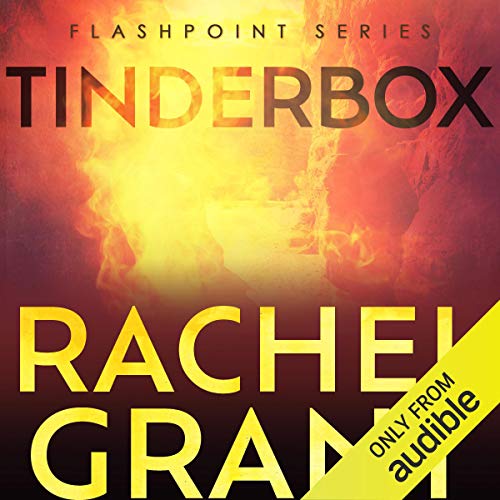 In the volatile tinderbox of the Horn of Africa, Morgan Adler has made the paleoanthropological find of a lifetime. The discovery brings her to the attention of a warlord eager to claim both Morgan and the fossils, forcing her to make a desperate dash to the nearby US military base to beg for protection.

Master Sergeant Pax Blanchard has orders to intercept Dr. Adler before she reaches the base, and in so doing saves her life. After a harrowing afternoon, he safely delivers her to his commanders, only to find his responsibilities toward protecting the obstinate archaeologist have only just begun. Morgan and Pax are forced to work together in the Djiboutian desert heat, but it is the fire that ignites between them that threatens to combust them both. For the Green Beret, involvement with the woman he must protect is a threat to his career, while for the archaeologist, the soldier is everything she never wanted but somehow can't resist. When Morgan uncovers a mystery surrounding Djibouti's most scarce and vital resource, the danger to her reaches the flashpoint. For Pax, protecting her is no longer a matter of following orders, and he'll risk everything to bring her back alive.

"This first novel in Grant's Flashpoint series offers a multilayered, suspenseful plot that's strengthened by its appealing characters, strong attention to detail, and a healthy dose of romance." (Kirkus Reviews)
"...gripping suspense with a wonderfully brisk pace..." (Publishers Weekly)
"Tinderbox is raw and energetic, thrills-wise and sex-wise, and offers an exceptional combination of humor, suspense, romance and archaeological details that are always intriguing and never intrusive. This first book in Rachel Grant's Flashpoint series is unexpected and intense from the get-go. With irresistible characters, a rare setting and an inventive, high-powered plot, it's a smartly crafted gem of a story." (USA Today)

shure I will listen to it again