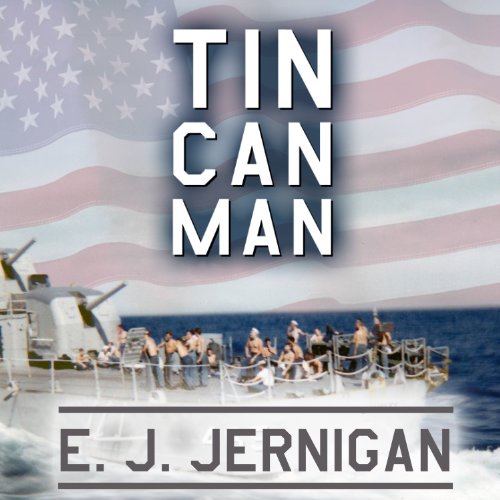 E. J. Jernigan's memoir offers listeners a fascinating glimpse of life as an enlisted man aboard the USS Saufley, one of the most highly decorated destroyers of World War II. It is a rarely told story of the sailors who fought the war from boiler rooms, after-steering spaces, radio shacks, and other gritty places that keep a warship going. For the author, it was a world of strong emotions and quick reactions, where men had to adapt and grow if they were to survive.

With its colorful view of what went on below decks, Tin Can Man has made a lasting contribution to World War II literature since its publication in 1993. It appeals to veterans, historians, and naval enthusiasts alike looking for an honest account of what happened.

"Written from the enlisted man's point of view.... Fascinating to read." ( Library Journal)
"A unique, bottom-up look at what our fathers did." (Tom Clancy)