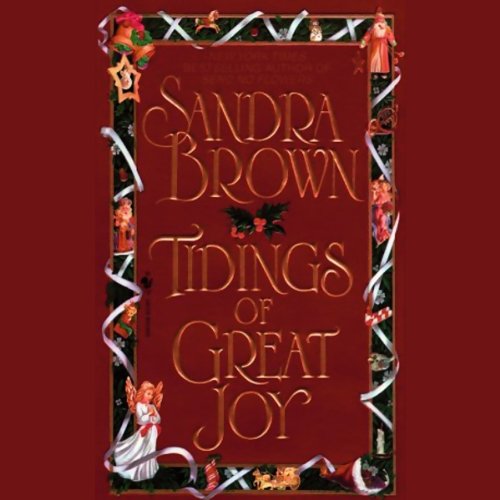 No one knows the secrets of a woman's heart like Sandra Brown. Now the spellbinding author of more than 30 New York Times best sellers weaves a touching, tantalizing tale of holiday romance...as a levelheaded young woman discovers how a night of passion can change your life, and your dreams, forever....

Ria Lavender is the last woman in the world to be swept away by a smooth line and a seductive smile. Talented, sophisticated, and determined, she's carved out a place for herself in the most prestigious architectural firm in the city. And she's just beginning to savor the fruits of her success when she meets a man who will change everything.

Mayor-Elect Taylor MacKensie is handsome, charming, and charismatic. Still, Ria never imagines that she'll leave a Christmas party with him, or that, caught up in the magic of a snowfall and a bottle of champagne, she'll give in to desire. But the next morning she faces the stunning truth: she's slept with a man she barely knows. And that's not the only surprise in store: eight weeks later, Ria knows she's carrying Taylor MacKensie's child.

Desperate to spare her baby the pain and stigma of illegitimacy, Ria makes the only decision she can. Somehow she must persuade Taylor MacKensie to agree to a temporary marriage. Yet how do you propose marriage to a relative stranger? How do you tell him you're carrying his child? And how do you react when he meets your news with anger and disbelief?

Within hours, Taylor's outrage cools and he insists that they marry immediately. Suddenly Ria is sharing his house, his name, and something infinitely more dangerous to her heart...a tenderness she never expected, a passion she can't seem to control. But afraid that Taylor's motives have more to do with protecting his career - and his baby - than with his feelings for her, Ria will try her best to keep her distance...until the day tragedy strikes and teaches them both a lesson in miracles - and love.