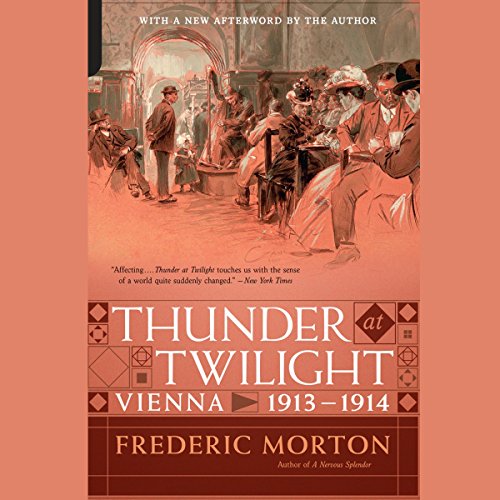 It was during the carnival of 1913 that a young Stalin arrived in Vienna on a mission that would launch him into the upper echelon of Russian revolutionaries, and it was here that he first collided with Trotsky. It was in Vienna that the failed artist Adolf Hitler kept daubing watercolors and spouting tirades at fellow drifters in a flophouse. Here, Archduke Franz Ferdinand had a troubled audience with Emperor Franz Joseph - and soon the bullet that killed the archduke would set off the Great War that would kill 10 million more.

With luminous prose that has twice made him a finalist for the National Book Award, Frederic Morton evokes the opulent, elegant, incomparable sunset metropolis - Vienna on the brink of cataclysm.

I truly enjoyed this book. It follows the lives of many historic personalities that conveyed in Vienna in the two years right before WWI.

Morton's way of writing is so beautiful and his grasp of his subject matter so awe inspiring. It was the best book I've heard/read in a long time.