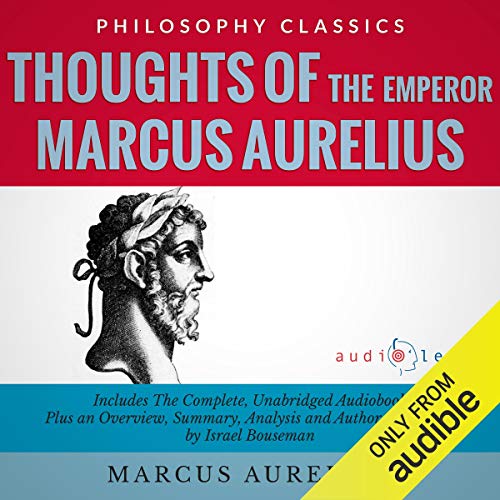 The work of Marcus Aurelius is one of the finest examples of stoic philosophy in history. His words are clear and practical, suited to the application of philosophy to the governance of one's own life and that of an empire. One of the great virtues of his work is that it came from a man who was forced by his station to apply his philosophical ideals in a practical setting. While he was undoubtedly a man of learning, his ideas have been tested upon the field of life. They have proven their merit through application rather than being the products of untried theory. His meditations are arranged as a series of reflections on the proper conduct of man, the nature of the world, and the nature of the divine. These are the thoughts of an emperor and a man who perceived the greatest good in life to de done by living in a manner that was fully present, engaged, and in service to the highest good of those to whom he administered. Furthermore these are the thoughts of a man who knew the certainty of his death. He faced this certainty squarely and with humility, recognizing that no fame or accomplishment could match the virtue of a life rightly lived. The Thoughts of the Emperor Marcus Aurelius Antoninus is a collection of the principles he used to lead his life in this manner and to maintain tranquility and peace of mind amid the chaos of a war-torn empire.

The narration of the full text is preceded by a summary in which the ideas are made clear and accessible to the modern reader. The summary also includes a biographical sketch of the emperor and a brief exploration of the key features of his philosophy. The introduction is concluded with a synopsis and analysis of the work and a brief discussion of the historical context, social impact, and criticisms of the text.