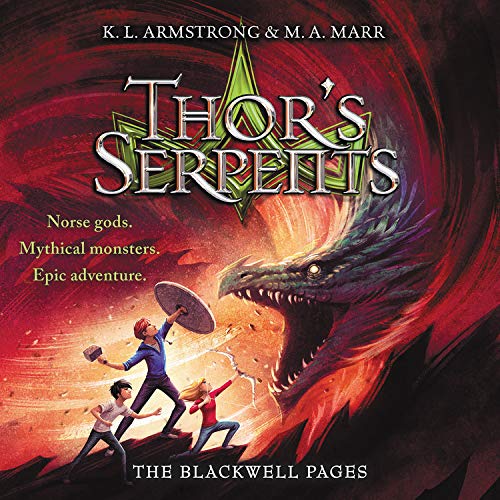 For fans of Percy Jackson and the Olympians, the thrilling conclusion to The Blackwell Pages, written by New York Times best-selling YA authors K. L. Armstrong and Melissa Marr.

Thirteen-year-olds Matt, Laurie, and Fen have beaten near-impossible odds to assemble their fellow descendants of the Norse Gods and complete epic quests. Their biggest challenge lies ahead: battling the fierce monsters working to bring about the apocalypse.

But when they learn that Matt must fight the Midgard Serpent alone and Fen and Laurie are pulled in other directions, the friends realize they can't take every step of this journey together. Matt, Laurie, and Fen will each have to fight their own battles to survive, to be true to themselves and to one another - with nothing less than the fate of the world hanging in the balance.