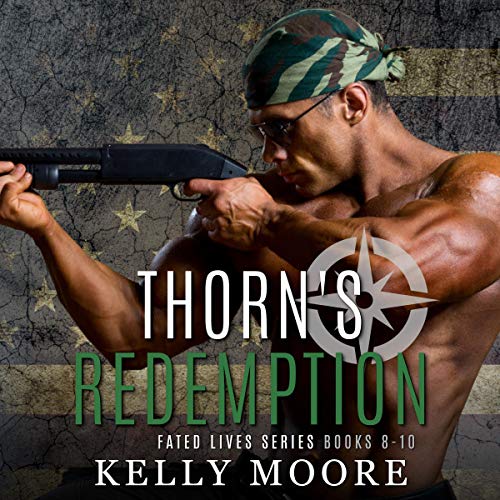 Book 9:
Thorn Beckham - one of the newest members of the Gunner Team.

Thorn failed his mission in keeping Fallon safe. Time is running out. He wants redemption and the chance to take Nina down. He gets more than he bargained for when his past catches up with him. Will his anger over a past long forgotten get in the way of his mission? He’ll have to stay focused or the only two women he’s ever loved will die at Nina’s hands.

Just when Rebel thought his team and Fallon were safe, Nina kidnaps several of them, including his brother, Sean. Now, the hunt is on. Nina is playing a dangerous game and has the Gunner Team on the run trying to save them before it’s too late.

Nina Pax wants one thing - Derrick. She’ll stop at nothing to get him back into her bed, even if it means disposing of the only family she has left.

Will the Gunner Team remain intact, or will the mission tear them apart?