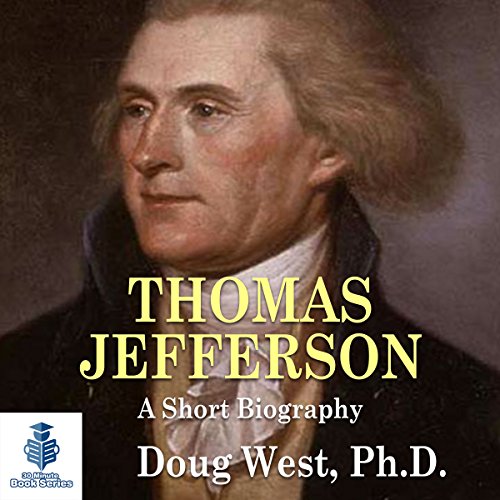 Thomas Jefferson is known by most as the third president of the United States, but his legacy extends much further than that. Born to a wealthy plantation owner, Thomas was the third of nine children. When he was just 14, his father died, leaving him half his land, slaves, and wealth. These circumstances allowed Thomas to attend college at the age of 16, and later on, to study under one of the top lawyers of the time. His political history is one of great triumph and struggle. Jefferson first practiced law and served in the government as a member of the House of Burgesses, later serving as a member of the Continental Congress, where he wrote the Declaration of Independence. Jefferson left Congress in 1776 and returned to Virginia to serve in the legislature, and then as Governor of Virginia for two years. He took a brief sabbatical until 1784, when he replaced Benjamin Franklin as minister to France. In 1790, Jefferson became secretary of state under George Washington and later served as vice president to John Adams. Jefferson won the presidency in a heated election in 1800. His first term resulted in some notable achievements, including the purchase of the Louisiana Territory in 1803, and then his support of the Lewis and Clark expedition. In his second term, he faced difficulties in the domestic and foreign fronts and was most remembered for his effort to remain neutral in the midst of the conflict between France and Britain. In 1809, President Jefferson was succeeded by James Madison. While he lived out his final 17 years at his Virginia plantation, Monticello, Jefferson sold his collection of books to the government. Not only did he lay the foundation for the Library of Congress, but he was also the founder of the University of Virginia. Thomas Jefferson passed away on July 4, 1826, just hours before his friend John Adams died on the same date.