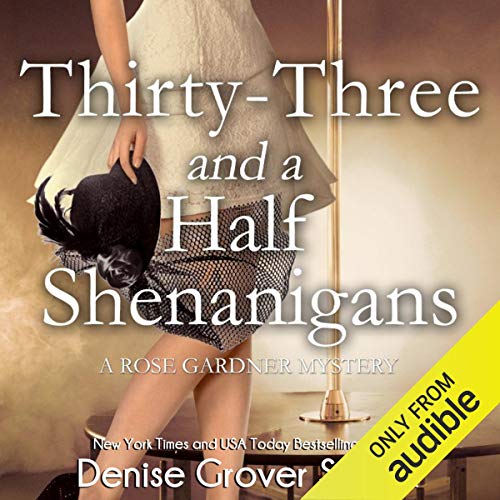 Thirty-Three and a Half Shenanigans

Rose is called into action when Neely Kate's cousin goes missing and the police refuse to take it seriously. But while the authorities - Rose's ex-boyfriend, included - are certain the missing woman has run away, mounting evidence points to foul play. Rose agrees to help her friend, even if it means partaking in Neely Kate's shenanigans, including an impromptu trip to a strip club.

And because trouble never comes without a guest, Skeeter Malcolm, Fenton County's newly crowned underground king, resurfaces, saying he needs Rose's visionary gift to track down his enemies. He makes her the only offer she can't refuse: The guaranteed safety of her assistant DA boyfriend, Mason Deveraux, who is being threatened by forces unknown. The Fenton County law enforcement is still abuzz about the infamous Lady in Black, who took part in the underground auction that earned Skeeter his crown. Can Rose risk a reprisal of her role?

As the stakes continue to rise and the search for Neely Kate's cousin becomes increasingly complicated, Rose must struggle to keep both her secret identity and her sanity.

Das sagen andere Hörer zu Thirty-Three and a Half Shenanigans