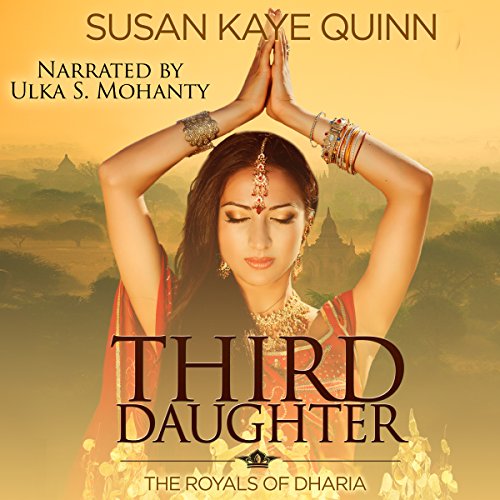 Sneaking out of the palace wasn’t one of Aniri’s best ideas.

But she’s the third daughter of the Queen of Dharia - zero responsibilities and zero royal duties. She’s just the backup daughter, in case her older sisters’ arranged marriages - to take the crown or broker an alliance - don’t quite work out. But once Aniri reaches her 18th birthday, she’ll be truly free...and then she can marry the charming fencing instructor she meets for fevered kisses in the forest.

But then the impossible happens - a marriage proposal. From a barbarian prince in the north, no less. And if Aniri refuses, the threat of their new flying weapon might bring war.

So she agrees to the young prince’s proposal, but only as a subterfuge to spy on him, find the weapon, and hopefully avoid both war and an arranged marriage to a man she doesn’t love. But once she arrives in the sweeping mountains of the north, she discovers the prince has his own secrets...and saving her country may end up breaking her heart.

This Bollywood-style royal romance takes you to an alternate East Indian world filled with skyships, saber duels, and lots of royal intrigue.

Third Daughter is the first book in the Royals of Dharia trilogy.