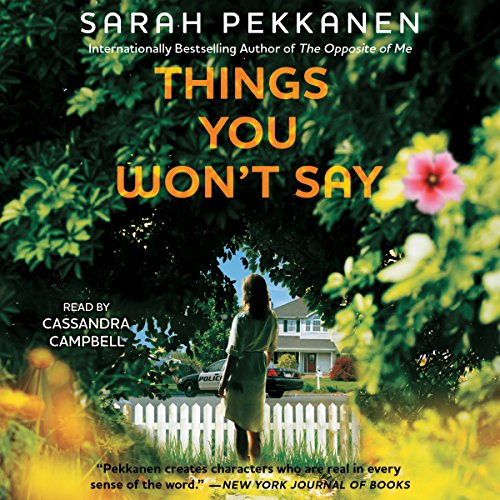 In this timely and provocative novel, internationally best-selling author Sarah Pekkanen takes us inside a family in crisis and a marriage on the brink after a tragic shooting.

How far would you go to save your family?

Every morning, as her husband Mike straps on his SIG Sauer and pulls on his heavy Magnum boots, Jamie Anderson tenses up. Then comes the call she has always dreaded: There's been a shooting at police headquarters. Mike isn't hurt, but his longtime partner is grievously injured. As weeks pass and her husband's insomnia and disconnectedness mount, Jamie realizes he is an invisible casualty of the attack. Then the phone rings again. Another shooting - but this time Mike has pulled the trigger.

But the shooting does more than just alter Jamie's world. It's about to change everything for two other women. Christie Simmons, Mike's flamboyant ex, sees the tragedy as an opportunity for a second chance with Mike. And Jamie's younger sister, Lou, must face her own losses to help the big sister who raised her. As the press descends and public cries of police brutality swell, Jamie tries desperately to hold together her family no matter what it takes.

In her characteristic exploration of true-to-life relationships, Sarah Pekkanen has written a complex, compelling, and openhearted novel - her best yet.

I had other books from the same author and liked them a lot! But this one was really boring and the story was not interesting at all.