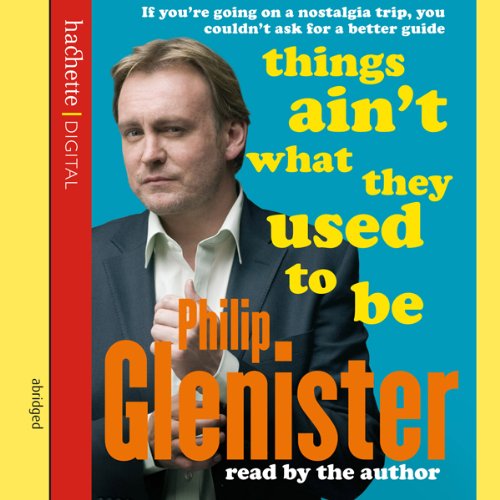 Things Ain't What They Used To Be

A hilarious trip back in time through the 70s and 80s with Philip Glenister - star of Life on Mars and Ashes to Ashes.

As DCI Gene Hunt, Philip Glenister has travelled back in time to 1974 and 1981 - and become a national treasure in the process. Now, in his hilarious and fascinating book, he takes the listener on a hilarious, personal journey through the 70s and 80s and compares them with how we live today. Was it really all so much better then? Or should we throw away our rose-tinted spectacles?

Along the way, Philip ponders many vital questions, such as: which decade had the best cars? Which had the worst haircuts? And exactly how heavy were the original "mobile" phones?

Already one of our best-loved stars, in Things Ain't What They Used to Be, Philip Glenister also reveals himself to be a witty, warm, and perceptive observer of life. If you're going on a nostalgia trip, you couldn't ask for better company.