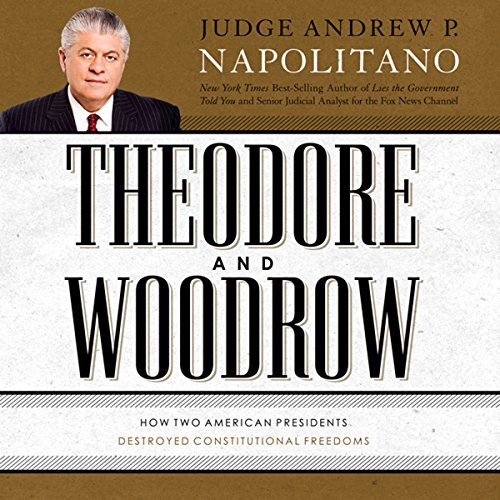 A harsh and revealing political exposé of two beloved presidents.

Judge Andrew P. Napolitano reveals how Teddy Roosevelt, a bully, and Woodrow Wilson, a constitutional scholar, each pushed aside the Constitution’s restrictions on the federal government and used it as an instrument to redistribute wealth, regulate personal behavior, and enrich the government. These two men and the Progressives who supported them have brought us, among other things:

The Progressive Era witnessed the most dramatic peaceful shift of power from persons and from the states to a new and permanent federal bureaucracy in all of American history. Theodore and Woodrow exposes two of our nation’s most beloved presidents and how they helped speed the Progressive cause on its merry way.