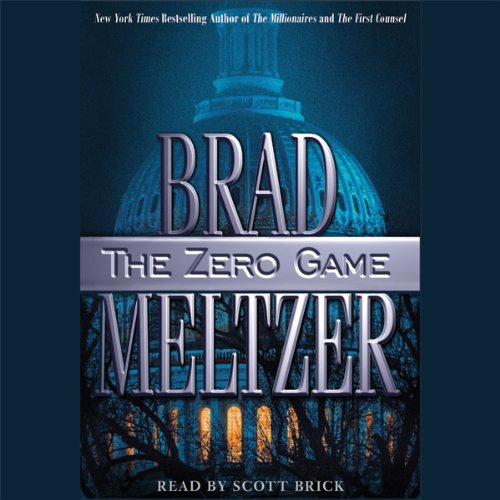 Matthew Mercer and Harris Sandler are playing a mysterious game. It's a game almost no one knows about: not their friends, not their coworkers, and certainly not their bosses, who are some of the most powerful senators and congressmen on Capitol Hill.

It's a game that has everything: risk, reward, mystery, and the thrill of knowing that, just by being invited to play, you've confirmed your status as a true power broker in Washington.

But as Matthew and Harris quickly discover, the Zero Game is hiding a secret so explosive that it will shake Washington to its core. And when someone close to them winds up dead, Harris and Matthew realize this game is far more sinister than they ever imagined. As the bull's-eye turns their way, it's clear they're about to become the game's next victims.

In a frenetic chase from the secret tunnels under the Capitol to an abandoned gold mine halfway across the country, the two friends realize they're no longer players in the game; they're pawns. On the run, they turn to the only person they can trust: a sixteen-year-old Senate page who can move around the Capitol undetected. As a ruthless killer creeps closer, this idealistic young page not only holds the key to their safety, but is the one person who can redeem them in the process. Packed with high-octane suspense and heart-pounding action, The Zero Game is Brad Meltzer at his supercharged best.