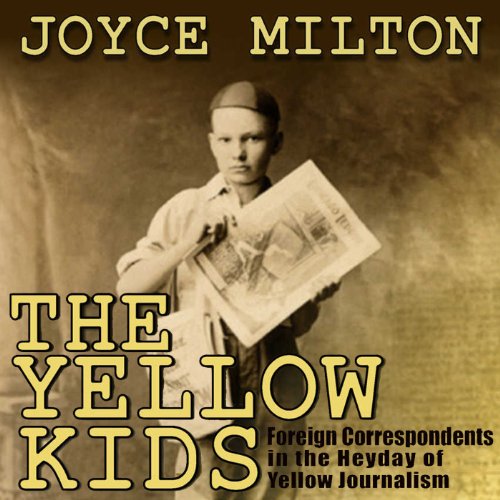 "You furnish the pictures, I’ll furnish the war." That was newspaper mogul William Randolph Hearst’s (possibly apocryphal) instructions to Frederick Remington, who was bored in Cuba waiting for a war that looked like it would never come. Such is the credo of so-called "yellow journalism", which ruled the day at the turn of the 20th century as Hearst and Joseph Pulitzer competed for circulation.

Though the story has been told, this audiobook, written by Joyce Milton and performed with urgency and a sense of fun by Gary Dikeos, provides the listener a much-needed perspective: that of the reporters. Particularly fascinating is the story of Harry Scovel, whose daredevil reporting of the Cuban situation made him one of the first celebrity journalists.

The amazing story behind the greatest newspaper men to ever live, Joseph Pulitzer and William Randolph Hearst, lies primarily hidden with their reporters who were in the field.

They risked their lives in Cuba as the country grappled for independence simply to “get the story” and write what was not always the most accurate story, but definitely the best. Anything to sell papers. Reporters like Harry Scovel, Stephen Crane, Cora Taylor, Richard Harding Davis, and James Creelman, among others, put themselves in danger every day just for the news.

The Yellow Kids is an adventure story packed with engaging characters, witticism, humor and adversity, to reveal that the “yellow” found in journalism was often an extra ingredient applied by editors and publishers in New York.