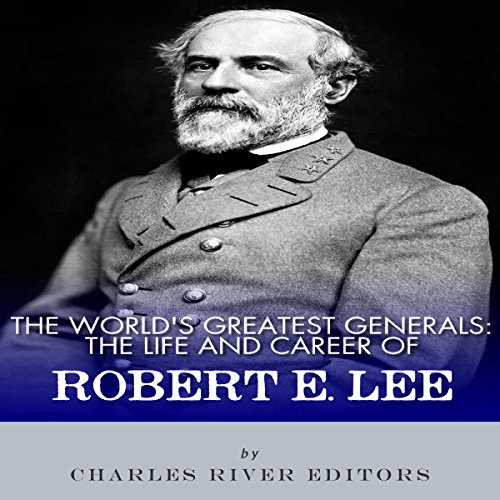 The World's Greatest Generals: The Life and Career of Robert E. Lee

"It is well that war is so terrible, otherwise we should grow too fond of it." (Robert E. Lee)

With the exception of George Washington, perhaps the most famous general in American history is Robert E. Lee (January 19, 1807-October 12, 1870), despite the fact he led the Confederate Army of Northern Virginia against the Union in the Civil War. As the son of US Revolutionary War hero Henry "Light Horse Harry" Lee III and a relative of Martha Custis Washington, Lee was imbued with a strong sense of honor and duty from the beginning. And as a top graduate of West Point, Lee had distinguished himself so well before the Civil War that President Lincoln asked him to command the entire Union Army. Lee famously declined, serving his home state of Virginia instead, after it seceded.

Lee is remembered today for constantly defeating the Union's Army of the Potomac in the Eastern theater from 1862-1865, considerably frustrating Lincoln and his generals. His leadership of his army led to him being deified after the war by some of his former subordinates, especially Virginians, and he came to personify the lost cause's ideal Southern soldier. His reputation was secured, in the decades after the war, as a general who brilliantly led his men to amazing victories against all odds.

Despite his successes and his legacy, Lee wasn't perfect. And of all the battles Lee fought in, he was most criticized for Gettysburg, particularly his order of Pickett's Charge on the third and final day of the war. Despite the fact that his principle subordinate and corps leader, General James Longstreet, advised against the charge, Lee went ahead with it, ending the army’s defeat at Gettysburg with a violent climax that left half of the men who charged killed or wounded.