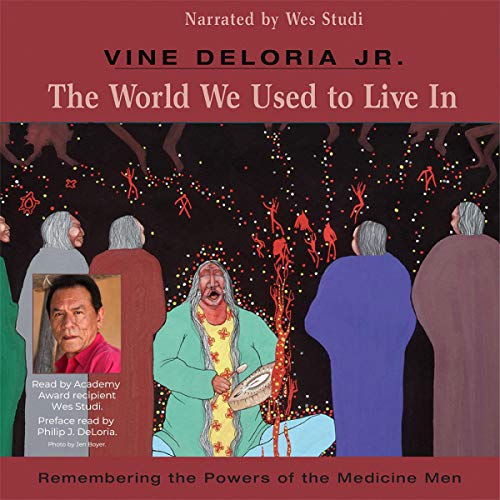 The World We Used to Live In

The World We Used to Live In

The world lost a courageous leader and a treasured friend with the passing of Vine Deloria Jr. He was, and is, one of the greatest spiritual thinkers of our time. Before his death, Deloria was reexamining native spirituality.

His years of collecting native stories of the medicine men and exploring spirituality from different perspectives are brought together in this audiobook. Although Deloria was annoyed and disapproving of the commercialization of native spirituality (sweat lodges conducted for $50, peyote meetings for $1,500, medicine drums for $300), he did not wish to chastise those finding solace in these pseudo rituals.

Instead, he wanted to open people's eyes to the rituals and ceremonies as they were originally intended to and stop the empty recitation of songs and blessings and bring meaning and spirit back to the sacred native rites. To do so, he explored the medicine men, their powers, and the Earth's relation to the cosmos.