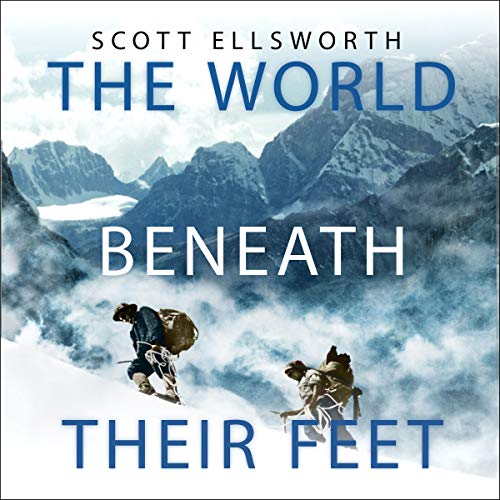 The World Beneath Their Feet

The World Beneath Their Feet

The stories of the extraordinary men and women - the athletes, aristocrats, opportunists and oddballs - who launched the race to the roof of the world.

From 1931 to 1953, there was a race like no other. It was a race to the top of the world - a race primarily between Great Britain, Nazi Germany and the United States.

Carried on across nearly the entire sweep of the Himalayas, it involved not only the greatest mountain climbers of the era, but statesmen and millionaires, world-class athletes and bona fide eccentrics, scientists and generals, obscure villagers and national heroes.

Centred in the 1930s, with one brief, shining postwar coda, the contest was a struggle between hidebound traditionalists and unknown innovators, one that featured new techniques and equipment, unbelievable courage and physical achievement and unparalleled derring-do.

One Himalayan peak alone, Nanga Parbat in Kashmir, claimed 25 lives in less than three years. Fuelled by deep national needs, the great Himalayan race captured the attention of the world.

British superiority, German innovation, American determination and the wonder of Sherpas dominated the newsreels, radio broadcasts, books and magazines of the age.

The World Beneath Their Feet will bring this forgotten story back to life.

It will resurrect what was, in fact, one of the most compelling international dramas of the 1930s, a saga of survival, technology, and some of the most breathtaking human physical achievements, and athletes, ever known, all set against the backdrop of a world headed toward war.

Das sagen andere Hörer zu The World Beneath Their Feet