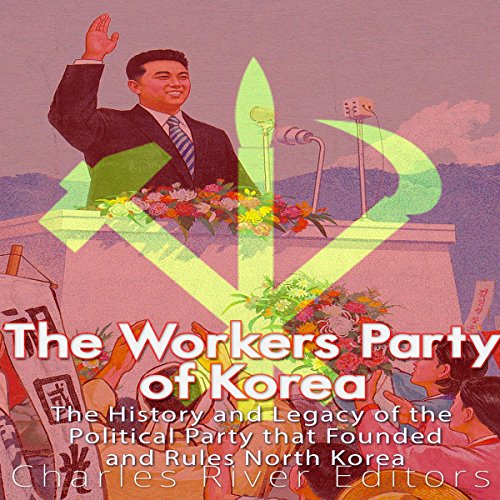 The Workers' Party of Korea: The History and Legacy of the Political Party That Founded and Rules North Korea

In 2014, the International Space Station unleashed a series of photographs that had netizens around the globe simultaneously slapping their cheeks in disbelief for more reasons than one. For starters, the world was astounded by the crisp definition and stellar resolution of the images captured by the space agency's NightPod lenses, which showed striking satellite shots of the world at nighttime, illuminated by its dazzling city lights. But it was a close-up snap of the China-North Korea border that elicited reactions far greater than the rest, for the image, as terrific as it was, was equally troubling. Backed by a time-lapse video of the area, the images show an enormous patch of pitch-blackness - roughly 47,000 square miles of it, to be precise - flanked by two sweeping stretches of gold, the coruscating clusters of light marking the largest cities in the land. On one side lay the shimmering Chinese territories, and the other, the glittering grounds of South Korea. The patch of black in question was so dark it could very well be mistaken for an extension of either the Yellow Sea or the Sea of Japan.

North Korea has long been the butt of jokes, and it has been a longstanding target of international criticism, but the startling satellite image was anything but amusing, for it demonstrated the truly catastrophic conditions North Koreans find themselves in. Statistics show that the average South Korean uses up to 10,162 kilowatt hours of power per year, whereas their neighbors in the north consume only 739. This is only one amongst a slew of stumbling blocks affecting the state, impeding it from proper progress.

So why is North Korea so starkly different from its neighbors when nothing more but mere borders separate them? A tyrannical lineage secured by nepotism.

Das sagen andere Hörer zu The Workers' Party of Korea: The History and Legacy of the Political Party That Founded and Rules North Korea