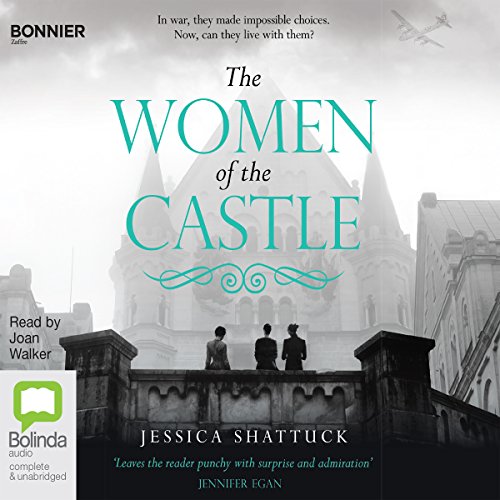 The Women of the Castle

Three German women are haunted by the past and their secrets in the devastating aftermath of WWII. A mesmerising story of resistance, forgiveness and the complexity of the human heart.

A resistance widow. A silent co-conspirator. The only one who survived.

Bavaria, Germany. June, 1945. The Third Reich has crumbled. The Russians are coming. Can Marianne von Lingenfels and the women in her care survive and build their ravaged world anew?

Marianne - widow of a resistor to the Nazi regime - returns to the grand, crumbling castle where she once played host to all of German high society. She assembles a makeshift family from the ruins of her husband's movement, rescuing her dearest friend's widow, Benita, from sexual slavery to the Russian army, and Ania from a work camp for political prisoners. She is certain their shared past will bind them together.

But as Benita begins a clandestine relationship and Ania struggles to conceal her role in the Nazi regime, Marianne learns that her clear-cut, highly principled world view has no place in these new, frightening and emotionally charged days. All three women must grapple with the realities they now face, and the consequences of decisions each made in the darkest of times....

Deeply moving and compelling, The Women of the Castle is a heart-wrenching and hopeful tale of secrets and survival, a reckoning and the astonishing power of forgiveness.

Das sagen andere Hörer zu The Women of the Castle