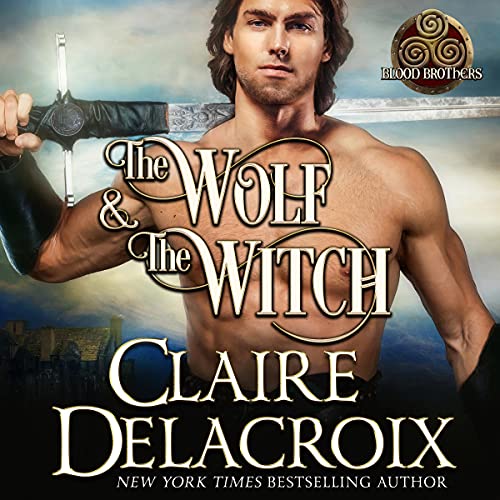 The Wolf and the Witch

The three sons of a notorious mercenary should never have met...but now that they are sworn allies, the Scottish Borders will never be the same....

Denied his rightful legacy, Maximilian de Vries devised a plan to avenge himself upon his father and see his own future secured. Allied with his two forgotten half-brothers, he descends upon ancient and mysterious Kilderrick, determined to claim it at any price. A woman rumored to be a witch is the sole one bold enough to defy him but Maximilian has a solution - he will take her to wife, whether she be willing or nay, and seal his claim.

But this powerful warrior has yet to match wits with Alys Armstrong, a maiden with a thirst for vengeance and a fury that might exceed his own. Alys has no intention of capitulating to the proud and illegitimate son of the rogue who stole everything from her, and she does not share his avowed compulsion to fight fair.

Bitter enemies from the outset, Maximilian and Alys’ match is a battle of wills. When anger turns to passion, will either of them be able to resist temptation? And when Kilderrick itself is in peril, will they be able to join forces to save the unexpected love they have come to value above all else?

Das sagen andere Hörer zu The Wolf and the Witch