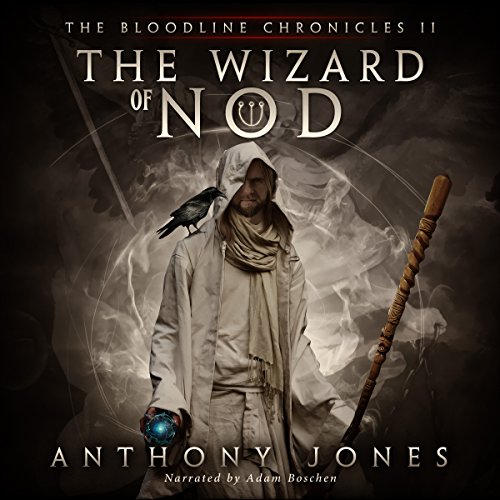 The Wizard of Nod

The Wizard of Nod is the second book of the Bloodline Chronicles, an epic story of the struggle between the forces of good and evil as both sides hunt for the 12 holy artifacts that, when combined, forms a talisman which will ensure success in the final battle following the end of days.

After having successfully obtained one of the artifacts, Jake Stanton, a newly awakened Shaddai Knight, and Steven Stross, Jake’s guardian, once again find themselves incarcerated after turning themselves in at the behest of Inspector Sam Jericho, who wants to clear their names. Jake and Stephen soon realize that their prosecutor is an evil Grigori intent on ensuring that they remain behind bars and that the jury is stacked against them.

When Jericho’s girlfriend, Dr. Ruth Springer, starts having dreams about the Staff of Moses, Jake and Stephen learn that she is an unweakened Shaddai and that another artifact has called out to be found. To prevent the artifact from falling into the hands of the Grigori, Jake and Stephen must escape jail and journey across the country to obtain to staff.

Along the way, they are pursued by the authorities and challenged by forces of evil who are under the control of the powerful Wizard of Nod, a man intent on ruling the world. Jake and Stephen will need the help of old friends, a mysterious girl, and an ancient priest in order to battle the evil wizard and his army of demons to keep them from obtaining the Staff of Moses, a powerful artifact which turns out to be a challenge of itself.