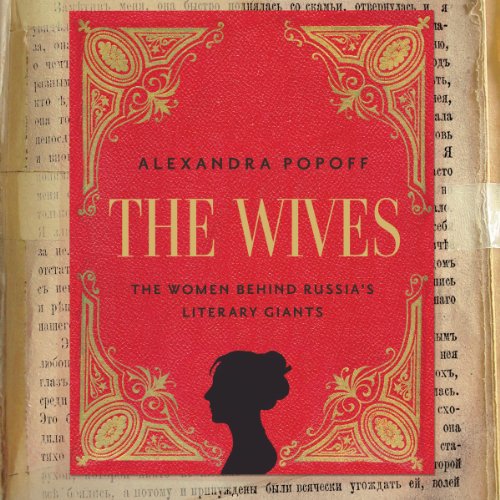 When Alexandra Popoff was growing up in Moscow with an author for a father and his dutiful assistant for a mother, she assumed that every male writer boasted such an amanuensis in his own wife. Russian culture favored literary spouses who also served as editors, typists, researchers, proofreaders, translators, and more, in addition to executing their domestic duties. In The Wives, Popoff examines the roles and biographies of the brilliant wives of Dostoevsky, Tolstoy, Osip Mandelstam, Nabokov, Mikhail Bulgakov, and Solzhenitsyn. Susan Finch, who has been teaching speech for over two decades, brings a warm, scholarly, and well-calibrated performance to this rich material that rewrites the book on six literary giants.

Muses and editors, saviors and publishers: Meet the women behind the greatest works of Russian literature

"Behind every good man is a good woman" is a common saying, but when it comes to literature, the relationship between spouses is even that much more complex. F. Scott Fitzgerald, James Joyce, and D. H. Lawrence used their marriages for literary inspiration and material, sometime at the expense of their spouses' sanity. Thomas Carlyle wanted his wife to assist him, but Jane Carlyle became increasingly bitter and resentful in her new role, putting additional strain on their relationship.

In Russian literary marriages, however, the wives of some of the most famous authors of all time did not resent taking a "secondary position", although to call their position secondary does not do justice to the vital role these women played in the creation of some of the greatest literary works in history.

From Sophia Tolstoy to Véra Nabokov, Elena Bulgakov, Nadezdha Mandelstam, Anna Dostevsky, and Natalya Solzhenitsyn, these women ranged from stenographers and typists to editors, researchers, translators, and even publishers. Living under restrictive regimes, many of these women battled censorship and preserved the writers' illicit archives, often risking their own lives to do so. They established a tradition all their own, unmatched in the West.

Many of these women were the writers' intellectual companions and made invaluable contributions to the creative process. And their husbands knew it. Leo Tolstoy made no secret of Sofia's involvement in War and Peace in his letters, and Vladimir Nabokov referred to Véra as his own "single shadow."