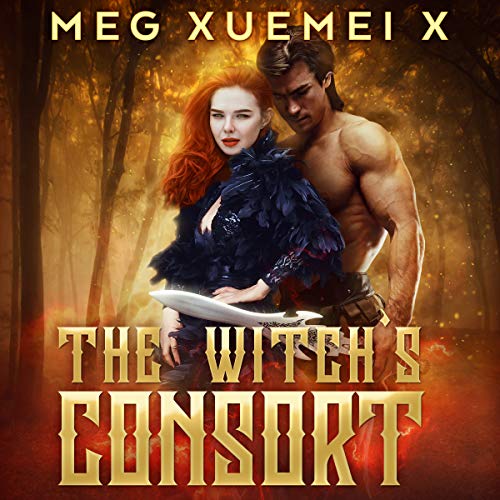 The second and final audiobook in the sexy First Witch duet with an HEA ending.

My name is Freyja. I will soon cease to exist unless I acquire a cure for my curse from the fey in the twilight realm. The fey empress will kill me if she learns I'm an abomination - a Nephilim. And I'm not just the spawn of any angel, but the monstrous angel king she beheaded.

The smoking-hot, formidable Dragonian prince, my abductor, knows nothing about my curse or that I am his fated mate he is desperately searching for - the First Witch. As we draw close to the fey territory, a horde of my father's former sentinels captures me. They plan to harvest my magic and drain me to resurrect the High Lord of All Angels - my evil grandfather.

The prince comes for me and saves me from the horrific fate, yet he still has to choose either the First Witch or me as the wolf girl. Though his passion for me burns hotter than flame, a Dragonian never strays from a decided course. He believes if he picks me, he'll lose his future mate and the great kingdom she's meant to bring him. He doesn't know the witch and the wolf girl are one and the same. If he chooses the witch instead of me - hot, fresh, eager, and right in front of him - he'll lose both.