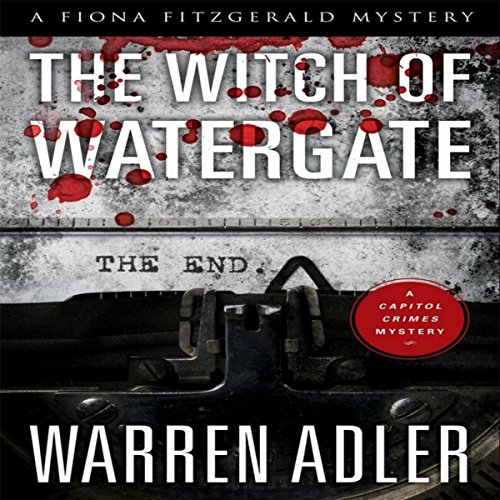 The Witch of Watergate

Detective Fiona Fitzgerald is an unlikely force for justice in Washington, D.C.'s predominantly male police force. As a Senator's daughter and top investigator in the homicide division of the Metropolitan Police Department, Fiona maneuvers between two vastly different worlds, moving quickly from opulent State galas to gritty crime scenes. Born into the elite social circles of the nation's capital, and armed with intimate knowledge of the true face of the political establishment, Fiona is determined to expose the chicanery concealed within the highest echelons of the American political aristocracy.

The poison pen of Polly Dearborn, an infamous Washington Post investigative reporter, has gone silent. When Polly is found hanging from her balcony in the Watergate apartments, Washington's elite and powerful rejoice - the Witch of Watergate is dead! But Polly's voice reaches beyond the grave, and her final articles may contain clues to some big secrets.

Homicide detective Fiona Fitzgerald, well-versed in the behind-the-scenes dealings of Washington, doesn't buy the suicide angle. But secret alliances between the police, the Post, and the mayor are making Fiona's job difficult. What's worse is that her new and unlikable partner, Charleen Evans, seems to be working against Fiona when she takes control of the evidence herself. All challenges aside, Fiona knows the political world and is determined to find the truth.