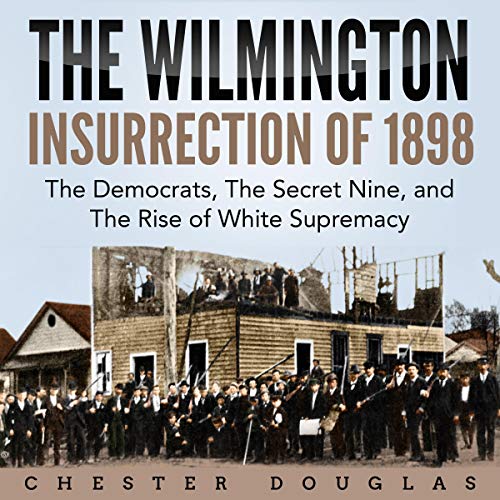 The Wilmington Insurrection of 1898

You are about to learn the ins and outs of the only coup d ’état to ever been attempted on American soil, the Wilmington insurrection of 1898, and the rise of white supremacy!

In the morning of November 10, 1898, in Wilmington, North Carolina, a fire broke out, and it was the beginning of an assault that took place about 10 miles inland from the Atlantic Ocean, east of Cape Fear River.

In all the gruesome moments in United States history, none was like this gruesome attack. It was the only coup d'état ever to happen on American soil.

By dawn, Manly's newspaper had been torched, and as many as 60 were murdered. The local government that was elected two days prior had been overthrown, and white supremacists had taken over. It seemed like a scene straight out of Hollywood.

For decades, what happened that day was nearly lost. The Black victims were wrongly described as instigators, and it took nearly a century for the truth to come out. Up to date, conservatives of North Carolina don't talk about the Wilmington massacre, also known as the Wilmington Insurrection or the Wilmington Coup of 1898.

But this audiobook is about to uncover that!

Today, this audiobook is giving you the chance to learn and have a first-hand account of what really happened during that period.

...And many others, this audiobook seeks to answer them all using simple straightforward language.