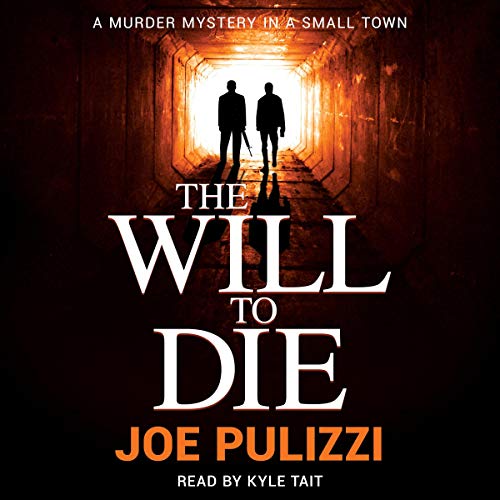 The Will to Die

Mysterious deaths, countless lies, and a shocking conspiracy. The Will to Die is everything fans are looking for...and more.

In an exhaustive hunt for the truth behind a rash of unexplained deaths in a small town, including that of his own father, what Will Pollitt begins to uncover threatens everything - and puts his own life in the cross hairs.

Are his father’s lies what killed him?

What else will he stir up in the murky depths of a life he thought he knew?

The Will to Die is best-selling non-fiction author and content marketing guru Joe Pulizzi’s debut novel - written at the request of his wife, a die-hard thriller fan.

The story of death in a small town, the lies that covered them up, and a conspiracy that brought one man to his knees....

Will Pollitt just successfully delivered the business pitch of his life - a win he desperately needs. At the same moment 50 miles away, Will’s father is found dead.

Coming home gives Will a chance to reconnect with his father’s life and work. Yet digging into the past, Will makes a shocking discovery: His hometown neighbors are turning up dead at alarming rates. His father seems not only involved but could he be…one of the lead operatives? Is that why his father is now dead, too?

The hunt for the truth jeopardizes Will and everything he loves. And it makes him question not just his father’s death, but what it means to truly live.

"If you love thrillers or mysteries about small-town murders, this book is for you. As a thriller reader myself, I've always preferred protagonists that aren't ex-FBI or someone with super powers. Will Pollitt, the main character, grew up as part of a funeral home family, but decided to follow his career passion in marketing. I know both of those worlds. I enjoyed wrapping them into a killing conspiracy that will make for a truly fun ride."

The Will to Die is the indie thriller hit of 2020!

"A thoroughly modern thriller that sucks you in and holds you tight, The Will to Die is a roller coaster ride from beginning to end.” (Jay Baer, New York Times Best-Selling Author)

Das sagen andere Hörer zu The Will to Die