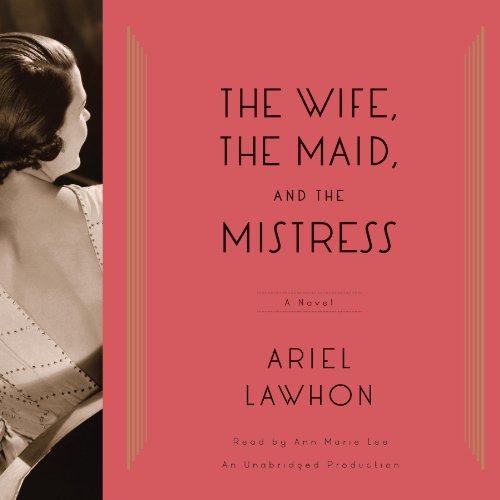 The Wife, the Maid, and the Mistress

A tantalizing reimagining of a scandalous mystery that rocked the nation in 1930 - Justice Joseph Crater's infamous disappearance - as seen through the eyes of the three women who knew him best.

They say behind every great man, there's a woman. In this case, there are three. Stella Crater, the judge's wife, is the picture of propriety draped in long pearls and the latest Chanel. Ritzi, a leggy showgirl with Broadway aspirations, thinks moonlighting in the judge's bed is the quickest way off the chorus line. Maria Simon, the dutiful maid, has the judge to thank for her husband's recent promotion to detective in the NYPD. Meanwhile, Crater is equally indebted to Tammany Hall leaders and the city's most notorious gangster, Owney "The Killer" Madden.

On a sultry summer night, as rumors circulate about the judge's involvement in wide-scale political corruption, the Honorable Joseph Crater steps into a cab and disappears without a trace. Or does he?

"Lee's consistent and distinct vocalizations, complete with a variety of accents and dialects, guide listeners through this absorbing story.... Lee's careful use of emphasis and drama leaves it up to listeners to decide whom to trust." ( AudioFile)

Das sagen andere Hörer zu The Wife, the Maid, and the Mistress