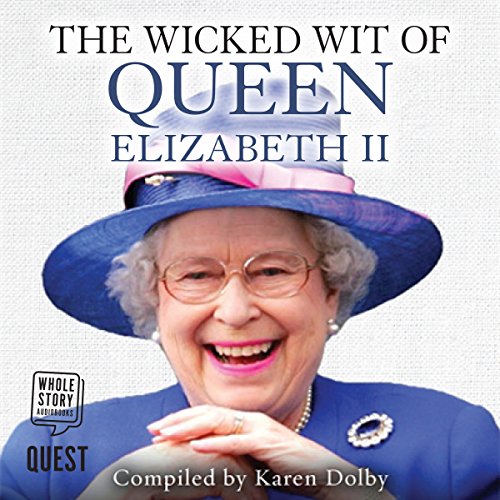 The Wicked Wit of Queen Elizabeth II is a celebration of the Queen's reign through some of her wittiest, most sarcastic and most humorous observations, revealing a fascinating side of her personality that often remains hidden from the public.

When thinking of the Queen, our perception is often one of dignity and authority. She is seen as a serious figure: the British monarch, the Supreme Governor of the Church of England and the head of the Commonwealth. But as anyone who has ever met her will tell you, in person she has wicked sense of humour.

Occasionally unintentional, like asking guitar legend Eric Clapton, 'Have you been playing a long time?,' sometimes sarcastic, and at other times downright silly, royal humour touches on every aspect of life, while always retaining a strong sense of dignity.