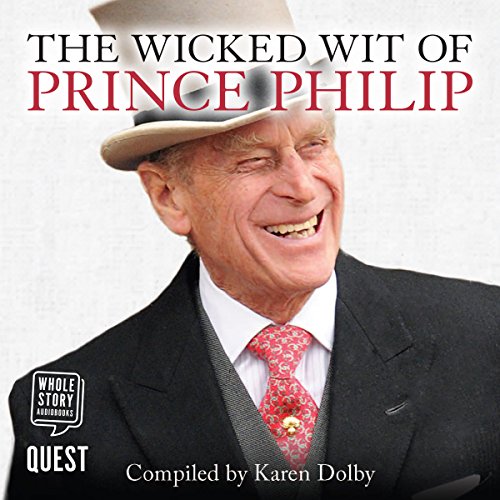 The Wicked Wit of Prince Philip

The Wicked Wit of Prince Philip

His Royal Highness The Duke of Edinburgh, KG, KT, OM, GBE has been at the forefront of British public life since he married Princess Elizabeth in 1947. In the 70 years since, his wit (and the occasional 'gaffe') has continued to endear him to the nation, as he travelled the world taking his unique and charmingly British sense of humour to its far-flung corners.

Hailed as a god by a tribe in Vanuatu, the Prince has had his fair share of brickbats from the media nearer home, but his outspokenness never fails to raise laughs - and eyebrows. From notorious one-liners to less newsworthy witticisms and from plain speaking to blunt indifference, the Prince does what we all wish we could do now and again - forgets polite conversation and says what he thinks.

In the year in which the Prince has stepped down from his royal duties, this joyous and timely book celebrates his wry humour and supremely wicked wit.