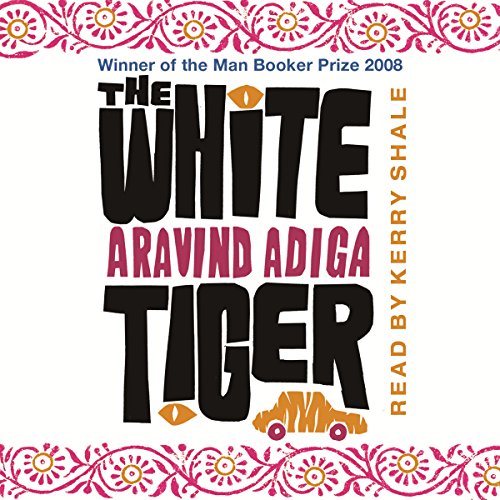 Meet Balram Halwal, the 'White Tiger': servant, philosopher, entrepreneur, murderer. Over the course of seven nights, by the scattered light of a preposterous chandelier, Balram tells his story....

Born in a village in the dark heart of India, the son of a rickshaw puller, Balram is taken out of school by his family and put to work in a tea shop. As he crushes coal and wipes tables, he nurses a dream of escape, of breaking away from the banks of Mother Ganga, into whose murky depths have seeped the remains of a hundred generations.

His big chance comes when a rich village landlord hires him as a chauffeur for his son, his daughter-in-law, and their two Pomeranian dogs. From behind the wheel of a Honda, Balram first sees Delhi.

.The city is a revelation. Amid the cockroaches and call centres, the 36,000,004 gods, the slums, the shopping malls and the crippling traffic jams, Balram's reeducation begins. Caught between his instinct to be a loyal son and servant and his desire to better himself, he learns of a new morality at the heart of a new India.

As the other servants flick through the pages of Murder Weekly, Balram begins to see how the tiger might escape his cage. For surely any successful man must spill a little blood on his way to the top.

The White Tiger is a tale of two Indias. Balram's journey from the darkness of village life to the light of entrepreneurial success is utterly amoral, brilliantly irreverent, deeply endearing and altogether unforgettable.

One of my absolute favorite audible books

Great story - entertaining, funny and wise at the same time. As many insights about the Indian society than you would get of any documentary. And Kerry Shale as a narrator is just gorgeous! So make sure that you listen to the English version. It‘s absolutely worth it.