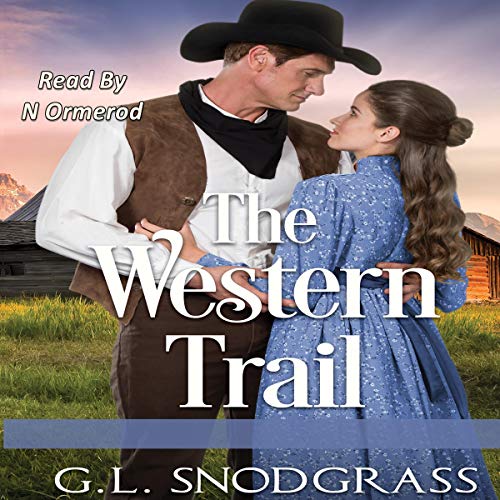 The Oregon Trail. Two thousand miles of misery interspersed with moments of terror. People fighting their way through everything the world could throw at them.

Miss Hanna Parker and her younger brothers are abandoned and alone, days behind their party, at the mercy of vicious outlaws. Only to be saved by Army Scout, Zion Campbell.

A man of contrasts. Tall, strong, with a touch of wild. Kind, but ferocious in a fight. Respected yet feared. A natural loner forced to be a leader of men. So different from any man she has ever known. But perhaps this wild land needs a man with a large portion of tough.

One thing she did know, she would need his help if she and her brothers were to cross this wild land.

When ordered to guide the wagon train to Oregon, Zion Campbell realized he must assume the responsibility of getting these people to the promised land. Summer storms, angry Indians, raging rivers, and mountain snows. Nothing could be allowed to stop them.

The only saving grace, Hanna Parker, prettier than a desert sunrise, sweeter than canned peaches, and smarter than any book. The kind of woman who could make a man rethink what he thought about the world and his place in it.